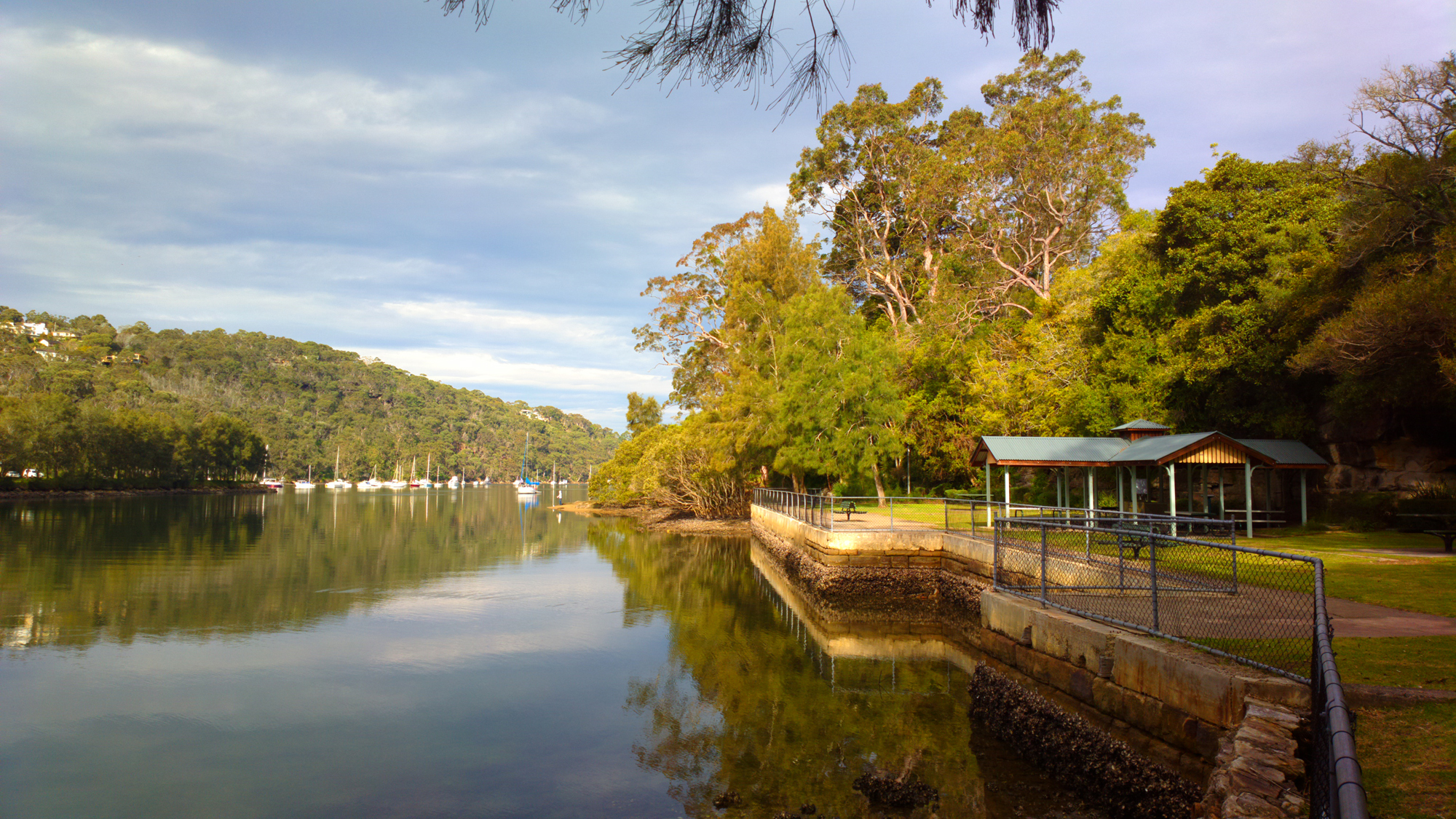 Every day thousands of cars cross Roseville Bridge. But have you ever been below?

Robert C. Johnston, LLM Writer and Historian"My mission was to find the remains of the old Roseville Baths near where the original Roseville Bridge once spanned Middle Harbour"

I hadn’t, so I decided to explore. The area is rich in history. My mission was to find the remains of the old Roseville Baths near where the original Roseville Bridge once spanned Middle Harbour.

Parking at Echo Point I followed my feet down the grassy terraces. With quiet park benches, picnic facilities, and a nearby playground, Echo Point Park is a hidden gem.

Aboriginal shell middens here said to date to at least 8000 years. Sandstone rock formations along the track offer a breathtaking contrast to the sapphire water.

In the early days of European settlement, boats were the only way to cross Middle Harbour and in the mid-1800s a commercial rowboat operation began to ferry picnickers. A rowboat was left on each side at night for emergencies.

In 1924 the first Roseville Bridge, near the Pipe Bridge, opened to connect Babbage Road to Healey Way. This and Spit Bridge allowed vehicles to easily cross into the Northern Beaches.

In 1966 growing traffic congestion led to the opening of the current six-lane bridge, leaving the old bridge for pedestrian use. It must have been quite surreal for Babbage Road residents to find their usually chaotic street suddenly subdued.

Do you remember? Tell us what it was like.

Middle Harbour was a popular bathing spot and in the early-1900s a timber structure and net were built. In the 1930s a seawall and dressing facilities were constructed. 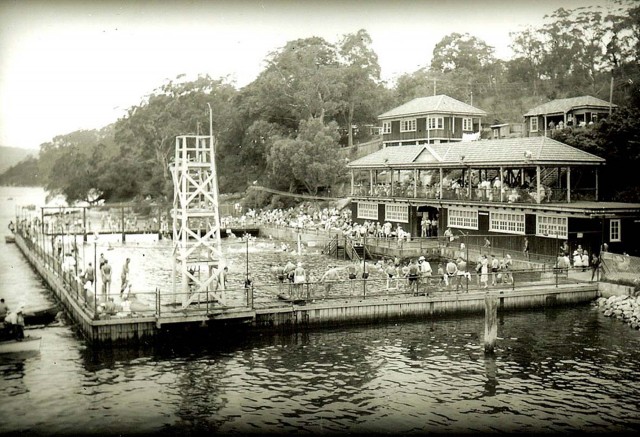 Sadly, pollution later prevented swimming and the baths and old bridge were demolished in 1974. However, water quality has improved in recent years.

As I meandered along Two Creeks Track, past ferns and gums, the accompanying moss covered early-1900s stonework was evocative of another time. 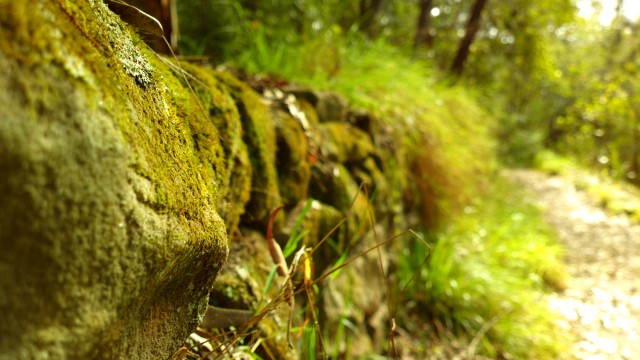 Early 1900s stonework is evocative of another time, image by RCJ

Almost unexpectedly the track opens to a waterfront clearing where the Roseville Baths once stood. The old seawall, with its angular outcrops, is unmistakeable.

It is impossible not to feel sentimental and imagine the laughter and splashing of swimmers long ago. 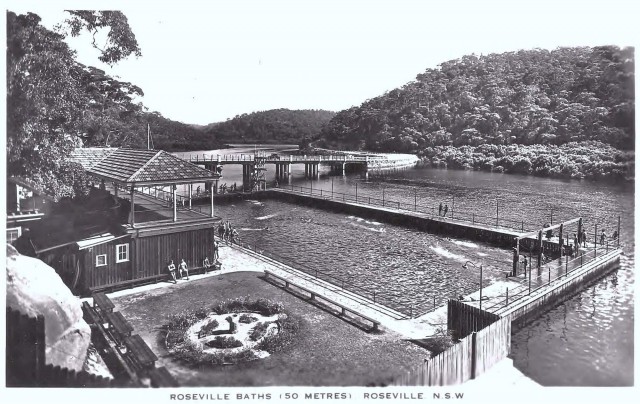 Thankfully the site is well-equipped with BBQ facilities and is still a wonderful spot for a picnic. The track continues under the impressive pylons of Roseville Bridge. If you are unprepared for a serious walk you may like to turn back soon after at Marjorie’s Glen, a cascading waterfall known by that name since at least 1893. 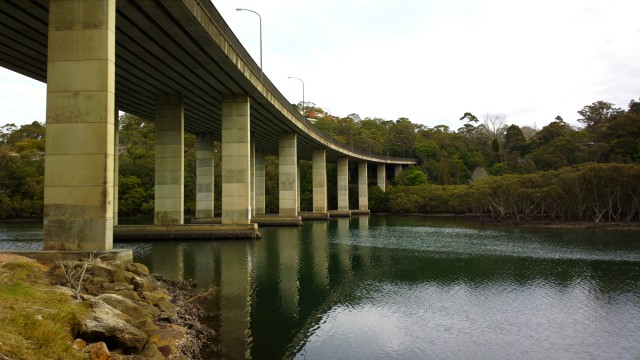 Do you know who Marjorie was?

You may also like to spend a day at Davidson Park. It costs $7 to park your car but the well-equipped BBQ areas and wide grassy spaces are perfect for children. 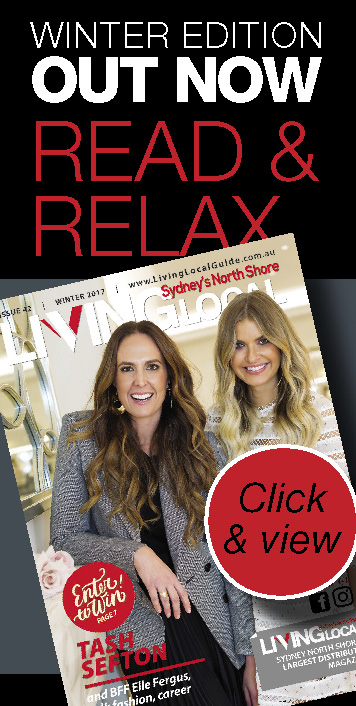 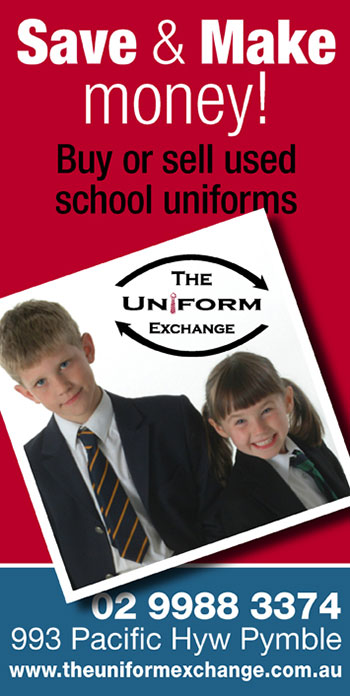 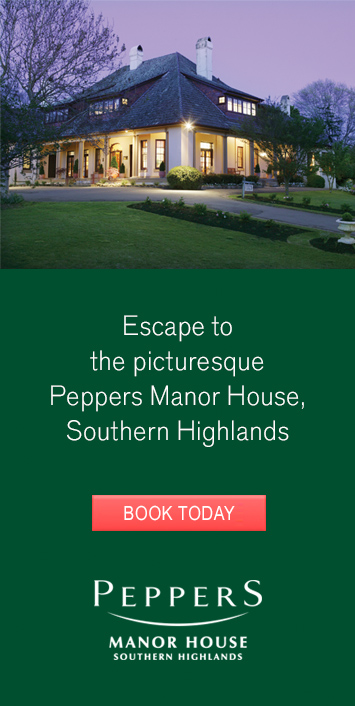